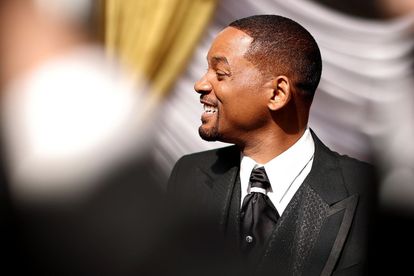 Pfizer has denied claims that Will Smith’s Oscars slap was ‘staged’ in favour of their new alopecia drug.
Image by
Emma McIntyre/Getty Images

Pfizer has denied claims that Will Smith’s Oscars slap was ‘staged’ in favour of their new alopecia drug.
Image by
Emma McIntyre/Getty Images

Conspiracy theorists have been having a field day with claims that pharmaceutical group Pfizer is behind Will Smith’s Oscars slap in to boost support for a new drug to treat alopecia.

This after Oscars host Chris Rock took aim at Will’s wife, Jada Pinkett Smith, in a “GI Jane 2 joke” about her bald head. Jada suffers from the auto-immune disease alopecia which leads to hair loss.

And raising eyebrows according to internet sleuths, is the fact that pharmaceutical group Pfizer and biotechnology company BioNTech were two of the official sponsors of the awards ceremony.

Pfizer is currently in phase-three clinical trials of their new drug, Etrasimod, which is developed to provide long-term treatment for various auto-immune diseases, including alopecia areata.

WAS WILL SMITH’S SLAP A PLOY TO HIGHLIGHT ALOPECIA DRUG

According to Twitter theories, the Oscar’s slap was a ploy staged by Pfizer in aid of promoting their new drug treating alopecia.

Here are some of the unsubstantiated claims found on social media:

“Oscars was sponsored by Pfizer. Pfizer is developing a treatment for alopecia areata, Will Smith’s wife has alopecia areata. Chris Rock spoke about it & got slapped by Will…People went crazy googling this medical issue. Staged performance? Advertising or I’m imagining?”

“Conspiracy. The FDA is about to approve the Pfizer alopecia drug which is going to be the 1st ever to be approved for the condition. Pfizer= Oscars sponsor. Jada = alopecia. Chris makes a joke that put alopecia on the spotlight. Will smashes Chris. Millions researching on alopecia”

“So Pfizer sponsored the Oscars and they are in a Phase 3 clinical trial for an alopecia drug. Here I was thinking Will Smith slapped Chris as a show of fragile masculinity. They got me this time… they really did”

PFIZER RESPONDS: ‘THIS IS ABSURD’

Last month, Pfizer announced that it would be buying pharmaceutical group Arena, who are behind Etrasimod.

And Pfizer are labelling the theories as “absurd”.

Speaking to Newsweek, a spokesperson said: “There is absolutely no connection, and to imply it is absurd.

“Pfizer is proud to support the Oscars, and we are heartened to see the film industry gather in-person and alongside fans to celebrate the talent and artistry produced during the past year.

“The available data continue to show that broad utilization of COVID-19 vaccines and boosters can help prevent disease and protect lives. Our sponsorship highlights the impact they can have for individuals pursuing their livelihoods.

“The film industry has embraced vaccination, masking and other protocols designed to help prevent disease and avoid serious illness from COVID-19 and we are pleased to work with it to further promote public health.”