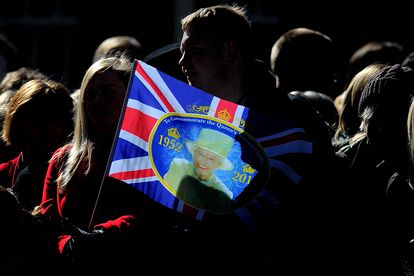 New details of ‘Operation London Bridge’ – which refers to the proceedings to take place when Queen Elizabeth dies – suggest the day the queen dies will be known as ‘D-Day’.

Leaked documents obtained from Politico, suggests that government departments will be told to have flags at half-mast within 10 minutes after government officials are told and instructed to show “discretion”. Prince Charles will become king when his mother passes and will address the nation on the day of his mother’s death.

According to The Daily Mail, the leak of top-secret plans to be enacted when the Queen dies has been branded as ‘cruel’ and ‘immoral’ and expected to be formally investigated by the government amid growing anger at Buckingham Palace. Details of the operation was revealed in the 1960s but has never been published in such granular detail.

Politico reports that the queen, who is 95 years old, is in good health by all accounts and there is no suggestion these plans have been revisited with any urgency. The plans that they have seen, are, however, the latest plans drawn up by the Cabinet Office for Operation London Bridge, and include discussion of the coronavirus pandemic.

The documents show the extraordinary level of action required by all arms of the British state, including a vast security operation to manage unprecedented crowds and travel chaos that could see, in the words of one official memo, London become “full” for the first time ever.”

The report suggests that the prime minister and his cabinet will meet the queen’s coffin at St. Pancras station, while King Charles will embark on a tour of the UK in the days before the funeral.

The leak reveals the first person outside Buckingham Palace to be told the sad news of the queen’s death will be the Prime Minister, who will be telephoned by the Queen’s Private Secretary, before a ‘call cascade’ to members of the cabinet, members of the privy council and senior figures including in the Armed Forces, who plan gun salutes across the country hours later.

They will all be given the same scripted message: ‘We have just been informed of the death of Her Majesty The Queen. Discretion is required’.

The royal household will then issue an ‘official notification’ delivering the sad news to the public via the TV and press including confirmation that Her Majesty’s funeral will take place ten days later at Westminster Abbey before being buried in the family crypt next to her beloved Prince Philip at Windsor Castle.

Before that, her body will lie in state for three days in the Palace of Westminster, which will be open 23-hours-a-day for members of the public to file through to pay their respects.

The updated ‘Operation London Bridge’ also contains plans for social media and has been updated for the digital age.

Any tweets and retweets by government department social media accounts and ministers will have to be signed off by spin doctors first to keep an iron grip on messaging about the Queen at a sensitive time. And no public statements by senior MPs are permitted until the Prime Minister speaks first, probably in a Downing Street address in the hours after her death.