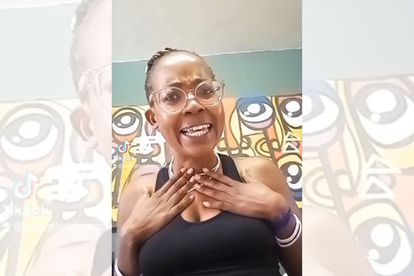 Ntsiki Mazwai has a thing for controversy and knows just how to stir the pot when it comes to her many views and opinions of all things in the world. While she often says whatever she wants without a second thought, it appears that she does sometimes have regrets. The poet and human rights activist recently headed to her favourite app – Twitter – to open up about how much learning she still needs to do.

The reflection comes after she was faced with a boatload of backlash following her statement about media personality Somizi Mhlongho and his sexual orientation.

Ntsiki Mazwai says there’s a lot she must learn

Earlier this week, Ntsiki Mazwai shared her thoughts on Idols SA judge Somizi. Taking to Twitter, she reminded everyone that Somizi was convicted of sexual assault in the past.

She added that gay men – such as Somizi – are still benefiting from male privilege. This is because Somizi still has a bustling career and continues to make a decent living for himself.

Not stopping there, Mazwai then went on to tell all gay men to stop trying to replace women. “A gay man is a gay man,” she wrote in a tweet.

Everything is a learning curve

Just a day after all of her tweets sent the LGBTQ+ community into a fit of rage, she then took to the app again, this time to eat a bit of humble pie.

According to the 38-year-old, she still has a lot of learning to do and is always open to feedback because she doesn’t have an ego that needs shielding.

“Guys….. I’m not afraid of being wrong. I’m not ashamed of learning. I don’t have an ego that stands in my way of feedback. Siyazwana?” she wrote.