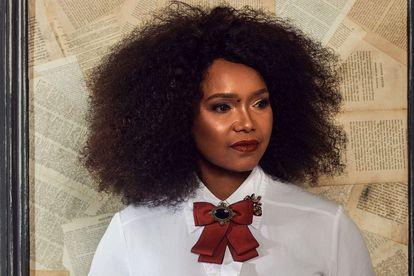 Noxolo Grootboom will be awarded an honorary doctorate by the Nelson Mandela University on Monday 25 April. Image via Twitter @Nkosi_bam

Noxolo Grootboom will be awarded an honorary doctorate by the Nelson Mandela University on Monday 25 April. Image via Twitter @Nkosi_bam

After spending 37 years on Mzansi’s television screens, veteran broadcaster and linguist Noxolo Grootboom announced her retirement in March 2021. The isiXhosa news anchor, who is one of the most iconic faces on local television, will be awarded an honorary doctorate by the Nelson Mandela University in Port Elizabeth on Monday 25 April.

Noxolo Grootboom joined the South African Broadcasting Corporation (SABC) in 1985 and has been one of Mzansi’s top broadcasters since.

On Tuesday 30 March, Grootboom had her final broadcast on SABC to 3.8 million viewers and gave an emotional farewell speech.

Nelson Mandela University will honour Noxolo Grootboom with an honorary doctorate for her contribution to journalism, communications and linguistics.

“With her unique sense of humour and her inimitable knack for the isiXhosa language, Ms Grootboom represents many things Nelson Mandela University stands for, including the value of healing society from its brutal wounds while preserving the intellectual heritage of isiXhosa for families across the nation,” highlighted the university to SowetanLIVE.

“Her public service in SA society to translate stories and capture the mood while teaching younger generations the content and knowledge preserved in language makes her one of the few news anchors and storytellers who deserve to be honoured by ukuthwesa isidnga (graduation) for the excellent work done in service to society for more than three decades.”

In a statement published by entertainment commentator Phil Mphela, the SABC congratulated the 61-year-old broadcaster on her achievement.

“This is yet another accolade which celebrates her contribution and role in delivering news to the South African public, through the isiXhosa news on SABC 1,” said acting group executive of news and current affairs, Deidre Uren.