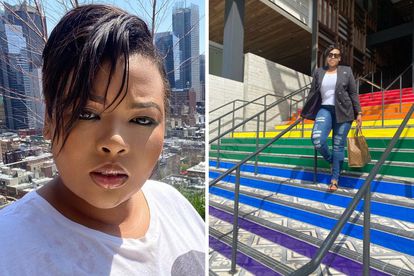 Anele Mdoda has been slammed by GBV activists Women For Change over her Women’s Day tweets.
Image via Twitter
@anele

Anele Mdoda has been slammed by GBV activists Women For Change over her Women’s Day tweets.
Image via Twitter
@anele

Non-profit organisation Women For Change have had stern words for media personality Anele Mdoda, who tweeted her disdain over a series of gender-based violence (GBV) attacks amid Women’s Day celebrations.

The activists have previously shown their support to several celebrities, including Andile Mpisane’s ex-girlfriend Sithelo Shozi, Monique Muller, whose ex-boyfriend is Katlego Maboe, and Jub Jub’s ex Amanda du Pont, who all accused their partners of domestic abuse.

In light of recent GBV tragedies – like the gang-rape of eight women in Krugersdorp – Anele Mdoda revealed that she would not be celebrating Women’s Day this year.

“I wonder if the eight women who were gang raped are having a happy Women’s Day? Please spare me any good wishes on this day. We as women are in hell. We are burning and men say it’s not that hot. I wonder how hot it has to get. Don’t wish me anything mna. Leave me alone”

ALSO READ: ‘It’s on you!’ – DA blame Ramaphosa for *every* rape, GBV murder in SA

“The irony of freedom of movement is not lost on me or any of the women in this country that can’t move because y’all rape and kill us at a whim. And yes it’s for simply having a vagina. The same vaginas y’all take by force”

ALSO READ: Sunday Times threatened to be burned down for GBV article

When one male follower did not agree with her stance, Anele responded in a tweet: “Sorry. Please don’t kill me”

WOMEN FOR CHANGE CLAP BACK

Following Anele’s outspoken tweets, Women For Change shared their own thoughts around GBV and action taken against it.

Their account responded: “I wonder what our celebrities have done on Women’s Day… Did they protest? Did they support or donate to any NPOs? Or is that tweet enough?

“If the 8 women had a happy Women’s Day?! Of course NOT, they haven’t received counselling or legal advice by now!”

Tagging Anele, the NGO added: “Why don’t use your energy, and your celebrity status to really push for change? Why don’t you put your money, where your mouth is? You have the power to make a change, still nothing… just tweet after tweet…”

Women For Change are currently calling on South Africans to sign a petition for the forceful removal of Minister of Police Bheki Cele, whose action – or lack of it – around GBV has been heavily criticised.