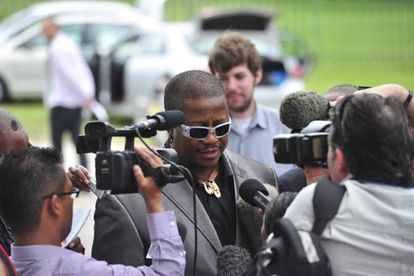 After a social media storm and subsequent rape charges, another woman who goes by the Twitter handle, @TheKingsTings, has accused DJ Fresh — real name Thabiso Sikwane — of “being a predator” and rape.

The woman took to social media after DJ Fresh and his friend and media personality DJ Euphonik was recently cleared of rape charges laid against them by another woman.

In a series of tweets, she claims that DJ Fresh has a been “predator since she was in late high school”.

What caught the attention of many social media users was when she mentioned that she has “undeniable proof” to back up her claims.

In a now-deleted tweet, she initially said: “I hope they come for me. Cause I have the institutional backing (and also living proof to back it up) but I’ve been aware of DJ Fresh as a predator since I was in late high school. I just didn’t have the language to call it rape then.”

The woman who calls herself Thrill Scott-Heron, later also tweeted that she is aware DJ Fresh follows her on Twitter, hence he is free to go ahead and sue her.

Putting it all out there, she said there are many women who are DJ Fresh’s victims, some of which gave birth as a result. As for Euphonik, Scott-Heron called him out for his “we used to beat each other up“ statement.

She later said that she “has family in intelligence” and that “she also has constitutional court judges and multiple victims in her DM’s [sic]”.

“I don’t like to utilise them. But the things they are willing to go on record to say are horrific. Please. Test me. I will not be intimidated into silence. You tried the wrong one.”

Meanwhile, DJ Fresh is still dealing with the recent rape allegations made against him and Euphonik. As of 18 February 2021, the family of the woman who laid rape charges against DJ Fresh has vehemently denied new allegations made by the radio broadcaster that a relative of the alleged victim had told him she was a pathological liar.

The Madikizela family has hit back, accusing DJ Fresh of trying to damage the woman’s reputation.

“The family wants to make it absolutely clear that at no point did ANY family member call DJ Fresh to state such. The family is distressed at these false claims and rejects these with contempt,” the family said in a statement.

“This is a clear example of slander and defamation of character to damage our daughter’s reputation, character and integrity. We salute our daughter’s courage to stand up for herself and in doing so for the thousands of rape victims and survivors that are afraid to speak up and report rape and sexual assault in this country,” the family further said.