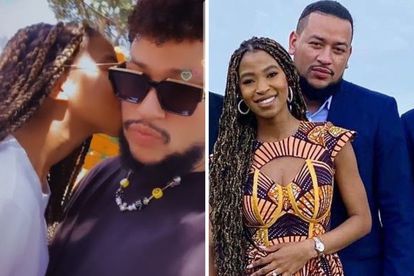 Police have concluded the investigation into the death of Nelli Tembe, the late girlfriend of rapper AKA.
Image via Instagram
@akaworldwide

Police have concluded the investigation into the death of Nelli Tembe, the late girlfriend of rapper AKA.
Image via Instagram
@akaworldwide

A police investigation into the death of Anele “Nelli” Tembe – the late fiancée of rapper AKA, real name Kiernan Forbes – has officially concluded. But neither the Tembe nor Forbes are none the wiser of where they stand.

That’s because police have handed their investigation file to the National Prosecuting Authority (NPA), who have yet to decide on what route to take.

Nelli Tembe died in April 2021, when she fell from the 10th floor of the Pepperclub Hotel in Cape Town. The aspiring chef was accompanying her boyfriend to a gig in the city.

Months later in a tell-all, AKA denied any involvement in Nelli Tembe’s death, insisting that she took her own life.

‘SUICIDE…WITH SUSPICIONS OF A MURDER’

According to City Press, police wrapped up the investigation into the death of Nelli Tembe in December.

The publication reports that the NPA previously stated that the death was a “suicide investigation”. However they added that it had “elements of suspicion of a murder”.

Western Cape police spokesperson Joseph Swartbooi told the publication: “Kindly be advised that the investigation into the matter you are referring to has been completed. The case has since been referred to the National Prosecuting Authority for a decision, hence the merits of the case will not be discussed on an open platform, in a bid to respect the privacy of the relatives”.

Meanwhile, the family of Nelli Tembe is adamant that they wish to move on from the tragic event.

Moses Tembe told City Press that the family had elected a legal representative to keep watch of proceedings.

He said: “We are focusing on unveiling her tombstone. It is not a matter that we have been following closely. If there is a further inquiry to happen, it would be part of a process from the National Prosecuting Authority”.

He added: “We have got somebody engaged and briefed to attend to all these matters. We have not been told of these things. The person is a lawyer by profession. We are really trying to stress less about the process. None of this would bring back our daughter at the end of the day”.

AKA’s representatives claimed that they were made aware of the investigation’s completion “through our own means”.

In April, AKA paid tribute to Nelli Tembe with a heartfelt Instagram post. He has since moved on with new girlfriend and fellow rapper Nadia Nakai.