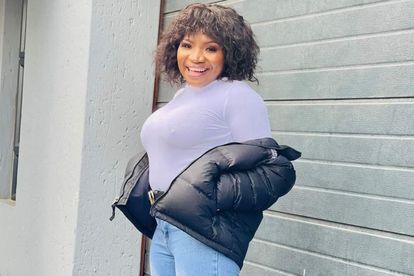 South African musician Makhadzi has made quite the name for herself in the country. She recently became the only local musician to have a whole album reach gold status despite singing in tshiVenda, a language, not many South Africans can speak or even understand.

With calls growing louder for her to translate her music, she shares why she won’t be doing that any time soon.

Mzansi favourite singer Makhadzi opens up about her music

Makhadzi has become a household name in South Africa and has got herself thousands of loyal fans who stand by her music feverishly. The 25-year-old Limpopo singer has been praised for her hard work and energetic performances and has also secured herself a number of influential industry friends.

In a recent interview with TshisaLive, Makhadzi shares how her one wish is to work with Beyonce’ who she has been messaging on Instagram for a while now. She also says that she has high hopes of one day sharing a stage with the multi-award winning singer:

“She must put me on stage with her so we can work together. I believe it will happen,” says Makhadzi in the article.

Here’s why we won’t be hearing English songs soon

She also touches on why she won’t be translating her music despite the fact that many of her fans don’t understand Venda.

“It’s a good thing having a lot of people like your music. Most people don’t understand Venda but they’re busy dancing to my music,” she said.

Meanwhile, she blew her fans away on Heritage Day after wearing nine different and equally stunning traditional outfits.