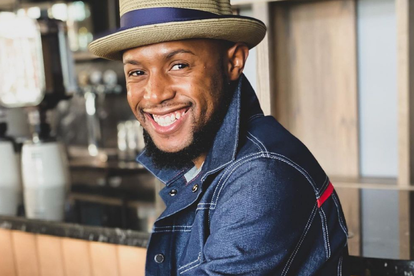 Mzansi yet again dragged the Motaung-Mhlongo marriage on Twitter following Mohale’s appearance on Mzansi Magic’s Rockville on Sunday 16 May.

Mohale took to Instagram to share a clip of himself on the hit series Rockville. Mohale played Zamani, the boyfriend of Sipho (Trevor Gumbi), in the last episode.

“Meet Zamani. I made a young appearance on #RockVille5 this past Sunday, and the plot has definitely thickened ????????! Adonis is definitely not happy with me ???? and Sipho is definitely up to no good! Ei, Umjolo ????????,” wrote Mohale on Instagram.

He went on to thank producers Connie and Shona Ferguson, as well as cast members.

Somizi and Mohale cannot catch a break from Tweeps poking fun at their marriage which seems to be on the rocks. Some joked about Mohale being asked to act after the producers have seen his acting in his marriage.

Others have picked on Mohale’s acting skills.

Tweeps feel it is unfair that Mohale are getting acting gigs just because of his name and association with Somizi. This became a point of discussion already after his Rhythm City gig with tweeps pointing out that qualified actors and actresses are without jobs.

“About the ’Rhythm City’ gig, people expect me to not do anything simply because I am married to a famous person. I can’t blame myself for getting married to Somizi, and that now must not mean I shouldn’t pursue any opportunities simply because people are going to say that Somizi got them for me,” said Mohale according to IOL.