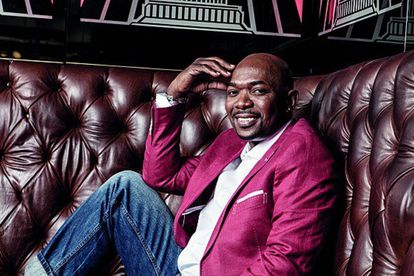 The late Generations actor Menzi Ngubane’s daughter Siyasanga Ngubane has revealed that she will continue her father’s annual birthday ritual this year.

Ngubane who would’ve turned 57-years-old in two days (28 August) passed away in March this year after suffering a stroke.

Also read: Sonia Mbele on ‘dating’ Menzi Ngubane and other revelations on ‘MacG’

The actor’s 23-year-old daughter Siyasanga told TshisaLIVE that her father was a phenomenal man who used to give back to the needy on his birthday.

He celebrated his birthdays by giving whatever he can to a specific orphanage.

This is something that my dad usually does on his birthday, which is trying to give whatever he can to a specific orphanage.

Ngubane’s daughter also stated that her dad still managed to give whatever he could provide last year even though he was really sick.

She also said her life has changed drastically since his passing when asked how she’s coping with her father’s death.

Life has drastically changed. It has triggered a lot of emotion but a lot has changed, even financially and everything.

But we keep the ball rolling … I’m now unemployed, I graduated in 2019 with a Bachelor of public administration.

The 23-year-old is also heading her father’s foundation The Menzi Ngubane Foundation under her mother’s mentorship.

She will give back to an orphanage her father supported alongside the Bright Spark Foundation on his birthday this year.

Welcome Witbooi who is the founder of Bright Spark Foundation SA also confirmed to the publication that they will be contributing to the Ethembeni Children’s Home on his birthday.

Also read: Menzi Ngubane’s wife: ‘I’m broken and it will take time to go back’