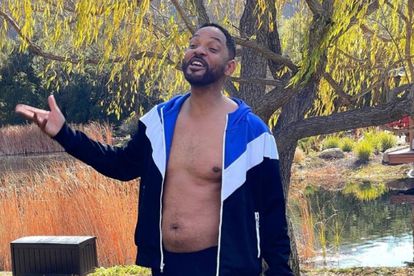 The Fresh Prince of Bel-Air star took to social media to be “real” with his fans about his current life status, as he admitted he is in the worst shape following the coronavirus pandemic.

The 52-year-old actor said: “I think for now I’ll let that office get cleaned up a little bit and then I’ll consider that at some point down the line. I don’t know, it’s like, I absolutely have an opinion, I’m optimistic, I’m hopeful, I believe in understanding between people and I believe in the possibility of harmony…So, I will certainly do my part, whether it remains artistic or, at some point, ventures into the political arena.”

Will also opened up about fatherhood, admitting he “cried so hard” when his first child was born.

He said: “From the time I was six years old, I wanted to be a father. I loved how my family was but there were massive critical deficiencies in my father’s parenting that I wanted to correct.

“By the time I was 10 years old, I remember looking at my father and thinking that I could do it better than him. My father had a little bit of a temper. I was a gentle kid, like, I was not a kid that you had to slap or punch or beat. So growing up in a household where physical aggression was approved of, that really chaffed my hide. That hurt my spirit.”

And asked what it was like when Trey was born, Smith added:

“I think that was my first moment of the real weight of parenting. I brought him home, and I remember we put him in the bassinet…and it was like stark terror. It was like, ‘I’m totally responsible for this life’. I just cried so hard. It makes me teary right now. I thought like, ‘I can’t do it. I’m not the guy.’

“Oh man, I just knew I didn’t know nothing. Oh man, I’m going to need to get myself together. I’m going to have to walk this one off…I need a tissue. See, I thought the red couch wouldn’t get me like this.”