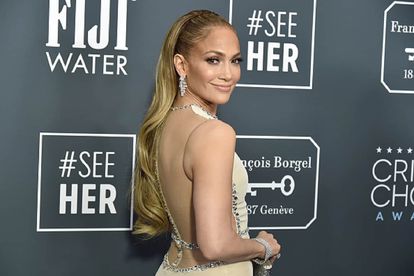 The Hustlers star was spotted spending time with the 48-year-old actor over the weekend, and sources have now said the pair still “admire” each other and have maintained a close friendship since their two-year relationship ended in 2004.

A source told People magazine: “They have spent time together in LA over the past week. They have a lot of love for each other. They have always admired each other.”

Jennifer, 51, has been spending time with Ben following her split from her ex-fiancé Alex Rodriguez, which the pair confirmed in April after four years together. Ben, on the other side, has recently parted ways with Ana de Armas

If you need a quick refresher, “Bennifer” were together back in 2002 until 2004. The celebrity dup were also engaged.

J.Lo and Marc Anthony have a ‘great relationship’

And it was recently reported the On The Floor hitmaker has also been leaning on her ex-husband, Marc Anthony – with whom she has 13-year-old twins Emme and Max – in the wake of her split from Alex, as he’s stepped up to help look after their children while she process things.

Another source said: “Jennifer is doing well. She is still filming in the Dominican Republic. The kids have visited her and they make her the happiest. Jennifer and Marc Anthony have a great relationship. Having Marc around while she has had to work abroad has been very comforting for Jennifer.”

Jennifer and Alex were first reported to have split in March, and while they said at the time they were just working through some issues, they ultimately confirmed their romance was over last month.

In a joint statement, they said: “We have realised we are better as friends and look forward to remaining so. We will continue to work together and support each other on our shared businesses and projects. we wish the best for each other and each other’s children.”