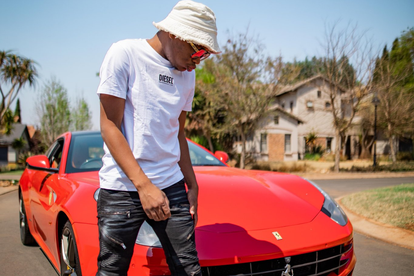 Master KG is a man of many talents. Image via Twitter: @masterKG

Master KG is a man of many talents. Image via Twitter: @masterKG

Global hitmaker Master KG is clearly a man of many talents. The DJ reached international success with his song Jerusalema and has since become a huge success but it wasn’t always that way. Before achieving celebrity status, the DJ busied himself with a different and very interesting venture.

Master KG has quickly become a household name not only in South Africa but abroad. The DJ reached superstar status after his song Jerusalema went viral as people across the world participated in the Jerusalema Challenge.

The song also pulled serious streaming numbers and broke a number of records both locally and internationally.

But before Master KG became a raging success, he busied himself making hit rap songs – or so he says. The conversation came up after a fan praised him for being such a big inspiration:

“At 25 Master KG is already balling. I noticed you listen to hip-hop too. O blind grootman. My role model,” wrote LesetjaThomii to which Master KG responded:

“I was a rapper before I came Master KG I was known as Young KG, my lines were really hard.”

Of course, Master KG’s supporters were surprised at the news and wasted no time sharing their thoughts about it in the comment section. Some of them even called on the DJ to make a rap/house song so they can get a taste of what Young KG brings to the table.

“I remember jamming your track everyone was like wtf is this. I defended you as my life depended on it.A o nzame ka R500 ke nyako boncha mense gore I always believed in you.”

ALSO READ: From SA to Italy! Master KG bags a deal for his independent record label