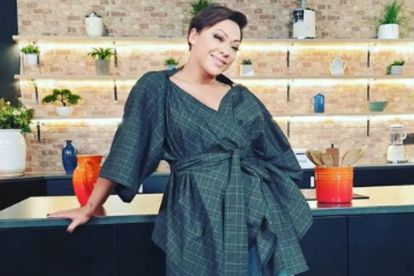 Lorcia Cooper opens up about her return to ‘Scandal!’. Image via Instagram @lorcia1cooper.

Lorcia Cooper opens up about her return to ‘Scandal!’. Image via Instagram @lorcia1cooper.

South African actress Lorcia Cooper opens up about returning to her role as Erin Martins on eTV’s Scandal!

LORCIA COOPER ON RETURNING TO ‘SCANDAL!’

Lorcia Cooper returned to Scandal! on Monday 30 May to find her adopted daughter Motshabi Martins. Motshabi is Dintle Nyathi’s biological daughter. The actress explained that returning years later is “crazy” considering that Dintle is now an adult – in an interview with Tshisa Live.

“It feels like a complete time walk, I left there and Dintle is now an adult and has kids in the storyline. They were in school when I left. Dintle has a child and Lindiwe is married and I’m like, what this is crazy,” she said to the publication.

Lorcia also said that viewers will get to find out what happened in Erin and Tino’s life over the years. Erin and Tino served viewers with couple goals in their time.

“What will get them hooked is when they find out what happened in Tino and Erin’s lives in the years they’ve been missing. They are going to meet this new teenage daughter, but they are going to meet her in relation to Erin, like what kind of mom Erin is and also the things that unfold between the mom and the challenges of the adopted child are interesting. The dynamic between Dintle and Erin, that’s something,” she continued.

ALSO READ: ‘Did you hit him?’: How Somizi responded to Lorcia’s burning question

THE ACTRESS: ‘MY WORK IS YOURS, MY LIFE IS NOT’

Lorcia explained that she is of the belief that her work belongs to others but her life does not.

“I’m of the belief that my work belongs to you, but my life doesn’t. My work is yours, my life is not. Everything else that I’m about does not belong to you. It’s a wonderful career but you only consume the product I created and you don’t get to consume everything about me. My life is mine. I’m very clear about that when I go into a job. I give everything I have because that’s what I do,” she said.

The actress also mentioned that she comes from a dance background as she is a choreographer.

“I come from a dance background. Until social media dancers danced and our intention was never to be famous. Coming from that background I always want my work to be what speaks. I want my work to impact people, to touch people. I sometimes giggle because I think that the red carpets and the events are not at the top of the list of what I enjoy doing. I would love to t go in and do my work, and let my work speak,” she continued.