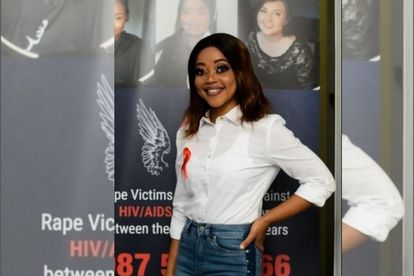 Actress Lesego Marakalla, who played the role of Rachel Kunutu on Skeem Saam for nearly a decade, surprised her fans when she abruptly bid farewell to the popular soapie in June 2020.

Lesego is still one of the most-talked-about actresses on social media and her fans are still wondering if she’ll return and still ask about her.

End of the soapie road for Lesego Marakalla?

The multi-award-winning actress has privatised her social media accounts and completely stepped out of the limelight.

It appears she has no plans to make any appearances on Skeem Saam or any soapie in Mzansi.

The actress revealed on her Instagram account that she is a brand ambassador for On Point Health Care where she assists rape survivors and hosts healing sessions for them.

The health care centre is run by Boitumelo Ntsoane who is a qualified pharmacist and a health column writer for various publications.

The educational soapie released a statement on social media in June 2020 where they confirmed her exit from the show.

The statement mentioned the actress was leaving the show to focus on her studies full time.

In her role as Rachel Kunutu Maphuthma, Marakalla has been one of the show’s leading young ladies, adding to the series’ sustained success over the seasons.

Her character also left her family behind to study medicine in Cuba.

The actress also mentioned that she isn’t sure if she will ever return to acting at the time.

“I will miss my ‘Skeem Saam’ family dearly. I have been with the show for 8 years and I have created some good friendships and memories!”