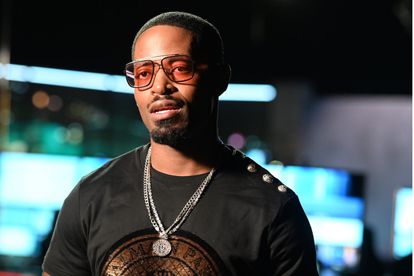 South African DJ and Hosh hitmaker Prince Kaybee has surprised many of his fans with his latest and surprisingly humorous response to a young lady’s advances. It all started when the beautiful woman decided to bravely shoot her shot on his Twitter timeline.

Kaybee gets hit on

South African musician Prince Kaybee is not known for holding his tongue or staying out of the limelight.

While many people may have been distracted by his latest social media posts about the unrest in Mzansi, no one has forgotten his big cheating scandal and of course the racy nudes that came with it.

It seems the ladies don’t mind the fact that Kaybee was involved in such frownworthy activities. Many women have continued to throw themselves at the artist and one brave lady called Andiswa is one of them.

The beautiful lady decided that the best time to shoot her shot was Tuesday afternoon this week, and so she did. And while she was at it, she threw in a pretty snap of herself to better her chances of getting a nice response and surprisingly she did.

Kaybee turns on the charm

Instead of sharing a rude response or not replying at all, Kaybee took the young woman’s feelings into consideration.

Replying to her advances, Kaybee complimented her on her beauty but went on to explain that he is still in trouble with the infamous ‘Men’s Conference’ and needs to sort that out before he gets into another entanglement.

“You so beautiful❤️, mare I’m still under investigation by the Men’s Conference board after that incident.”

It seems his efforts to spare her feelings were not enough though because after getting publicly rejected, the young woman decided to delete her account.

Many people were pleasantly surprised to see that Kaybee was not being his usual cheeky self. A few people gave him a shoutout for being “mature.”

“Prince is such a polite gent, i’ve never seen him being rude unprovoked to be honest,” said @sphokie_real

ALSO READ: Prince Kaybee turns down women, but not the anti-lockdown march