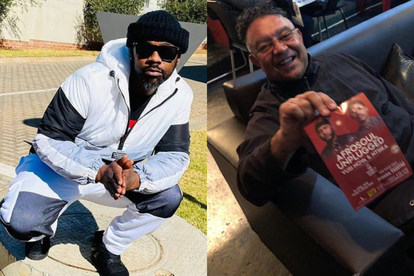 Muthaland Entertainment label owner, Lance Stehr has said that he would be taking legal action against Bongani Fassie, the son of late artist Brenda Fassie. Stehr is reportedly also planning to take action against Moja TV. This comes after Fassie claimed that Stehr had given him cocaine.

Brenda Fassie’s son made some serious accusations against Muthaland Entertainment label owner, Lance Stehr. In the latest episode of his reality TV show Finding Bongani Fassie, the late musician’s son can be heard saying that Stehr had given him cocaine.

While speaking on the show that plays on Moja Love, Fassie claimed that he was not the only one to who Stehr had given drugs. According to Fassie, Stehr gave many young people drugs to slow down their thought processes.

“He is the drugs master. He feeds the children drugs so that they don’t think straight,” said Brenda Fassie’s friend veteran singer Mercy Pakela who was also on the show with Bongani.

STEHR CLAPS BACK AT BONGANI’S ACCUSATIONS

Stehr has since come out to deny all of Bongani’s comments. According to TshisaLive, the label owner has now decided to take legal action against Fassie. He also shared how disappointed he is that Fassie would accuse him of such while adding that the lie was made up to get ratings for the show.

“It’s a complete fabrication to try to get ratings for a TV show. And it’s very sad that he had to stoop so low and we are obviously taking legal action against him and Moja Love,” he said.

A few local celebs have since come out to offer Stehr their support. South Africans artists such as Vusi Nova and Ishmael Morabe have defended the label owner and criticised Fassie for making such strong allegations. Morabe even said that he had once helped him recover from his addiction and so it is impossible that he would be giving anyone drugs.