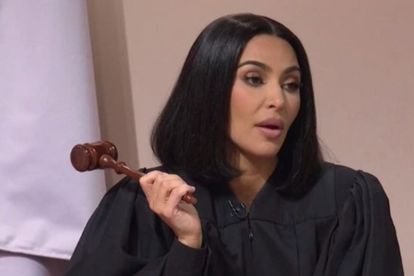 Kim Kardashian has been slammed over her OJ Simpson jokes by the family of Nicole Brown.
Image via SNL

Kim Kardashian has been slammed over her OJ Simpson jokes by the family of Nicole Brown.
Image via SNL

Family of Nicole Brown, the ex-wife of football star OJ Simpson who was charged for her murder in 1994, have slammed Kim Kardashian over her “distasteful jokes” on SNL.

The reality star made her Saturday Night Live debut over the weekend and roasted everyone — from OJ who was friends of her parents Kris Jenner and Robert Kardashian — to her siblings, her ex and even her own leaked sex tape!

But while Kim has been praised for her comedic skills, Nicole’s sister Tanya Brown isn’t finding it funny at all…

In her SNL sketch, Kim Kardashian took a swipe at OJ Simpson, who was defended by her lawyer dad, the late Rob Kardashian.

She said in her monologue: “My father was and still is such an influence and inspiration to him. I credit him for really opening up my eyes to racial injustice. It’s because of him that I met my first black person. Want to take a stab in the dark at who it was?

“I know it’s sort of weird to remember the first black person you met, but OJ does leave a mark, or several, or none at all. I still don’t know.”

Later in the show, Kim threw more shade at OJ during her segment titled The People’s Kourt.

OJ Simpson has been accused of murdering Nicole by allegedly stabbing her and her male friend Ronald Goldman to death in 1994. He was eventually acquitted but has long been linked to the murders.

Speaking to TMZ following the episode, Tanya Brown claimed Kim’s jokes were “beyond inappropriate and insensitive” and in “poor taste”.

She also questioned if the Kardashia family “genuinely cared” for her sister, who was known to go on joint family vacations with the famous family.

Meanwhile Kim Kardashian has been accused of “making eyes” and “waving” at estranged husband Kanye West who was seated in the audience during her SNL sketch.

Kanye reportedly advised Kim on participating in the comedy show and even showed up to show her moral support.

But according to insiders the couple are still going through with their divorce proceedings.