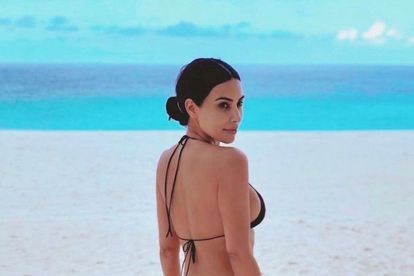 Kim Kardashian has spoken at great length about being compared to royal icon Duchess Kate, and the untold pain it has caused her…

The Keeping Up With The Kardashians star and businesswoman was speaking to actress Kirsten Bell during her podcast ‘We are supported by’, which chats to women who have made a significant impact in society.

KIM KARDASHIAN: ‘I WOULD SIT AT HOME AND CRY’

The comparison between the royal and the reality star first started when the latter fell pregnant with first child North West in 2013. At the time, Duchess Kate – who is married to Prince William – was also expecting her first baby; Prince George.

While Kim Kardashian – who is a mom of four – was likened to a “whale” in the late stages of her pregnancy, Kate was praised for her “style”.

This incessant media scrutiny and cyberbullying coupled with her pregnancy hormones made the star “cry all the time”.

“The media really brutalised me about gaining a lot of weight. They would always compare me to Kate Middleton so it would say, ‘Kate the waif and Kim the whale, the waif versus the whale”, she said.

“It was so nasty. I don’t think that would really fly today, but it killed my self-esteem…. I really can’t believe that this was acceptable and that this was okay. But I would sit at home and cry all the time.”

‘I FELT SO MUCH PRESSURE‘

The criticism left Kim Kardashian feeling the pressure to “snap back” after giving birth. But she vowed to do it out of the spotlight.

“I was too embarrassed to go to a gym…I was sit in my mom’s garage and would workout and do anything I could to lose the weight.”

The star also spoke out about her pregnancy complications, which included preeclampsia and placenta accreta .

“I was so used to seeing my mom pregnant, my sister pregnant and everyone looking so cute and having these easy deliveries and it was great and they snapped right back.