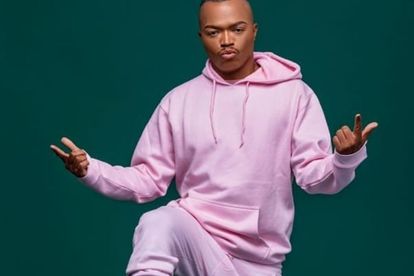 Media personality Somizi Mhlongo hinted that he will be back on Metro FM on Monday, via an Instagram story earlier today (13 August) after he had taken “some time off” amid the abuse allegations made against him by his estranged husband, Mohale Motaung.

SOMIZI’S ‘TIME OFF’ FROM METRO FM

On 4 August, the South African Broadcasting Corporation (SABC) confirmed that Somizi will be taking “some time off” following the abuse allegations made against him by his estranged husband, Mohale Motaung, who claimed that the media personality physically abused him, sabotaged his career opportunities with the Fergusons and more.

The SABC stated that Somizi requested the time off and the broadcasting company obliged. The SABC also acknowledged the abuse allegations made against the radio host and stated that they “condone any acts of abuse and violence.”

“The Corporation has also noted the comments on social media about Mr. Mhlongo and we would like to point out that the public service broadcaster does not condone any acts of abuse and violence,” continued the SABC.

SOMIZI HINTS AT RETURN TO AIR

While one die-hard Somizi fan took to his Instagram story to let his followers know how much he really misses Somizi on air. The media personality then shared the fans story assuring him that he will be back on Monday.

“I miss @somizi on ask a man #MetroFM,” wrote @vuyakazi_buda on Instagram.

ARE THE ABUSE CLAIMS RESOLVED?

Does this mean the abuse allegations have been resolved? With the last update from Mohale, he strongly backed up his allegations confirming that he was abused by Somizi.

“I did in fact experience abuse at the hands of my estranged husband both physical and psychological,” said Mohale in a statement posted to his Instagram.

Currently there is no public knowledge that Somizi and Mohale have resolved the abuse allegations, which means he is not likely to return to Idols SA yet, as multichoice stated that Somizi will take some time off until the allegations are resolved while Metro FM did not leave a clause to his leave.

However, are listeners going to take Somizi’s Ask A Man advice as religiously as they used to? Probably not given the thousands of people who resonated with Mohale and called for Somizi to be cancelled like DJ Fresh and Katlego Maboe.