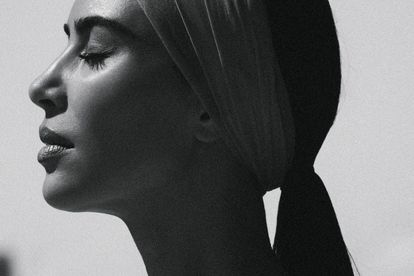 Kim Kardashian West says her family’s upcoming Hulu show will show a “different side” to her life.

The Kardashian and Jenner clan’s iconic reality TV series Keeping Up with the Kardashians ended after 14 years and 20 seasons on E! in June, and the Skims, KKW Beauty and KKW Fragrance founder has revealed fans can expect a focus on her professional life, including her businesses and law studies.

ALSO READ: ‘Abortion or adoption’: Jamie Lynn on her parents reaction to pregnancy

A DIFFERENT SIDE TO THE KARDASHIAN AND JENNER CLAN

The 41-year-old businesswoman and reality star – who has been named WSJ. Magazine’s 2021 Brand Innovator for the upcoming Innovator Awards – told the publication:

“I think it will be a different side. But I wouldn’t say that our silly sides are not going to come out.”

The family signed a multi-year content deal with Hulu.

Kardashian West, Kourtney Kardashian, Khloe Kardashian, Kendall Jenner, Kylie Jenner, and matriarch Kris Jenner will feature on the Disney-owned streaming platform in the US and, Star, the international streaming service by Disney.

Fans can also expect to see Kourtney, 42, and her fiance Travis Barker’s engagement on the show.

The 45-year-old Blink-182 rocker proposed at the Rosewood Miramar in Montecito, California, over the weekend, and the magical moment was caught on camera.

“Since this is Kourtney’s first engagement, it’s of course a big deal. Most of her family was there to celebrate. Two of Travis’ kids were there too. They enjoyed a private, family dinner at the hotel.”

KIM AND KANYE WORK TOGETHER FOR SKIMS

Elsewhere in the interview, the mother-of-four – who has North, eight, Saint, five, Chicago, three, and Psalm, two, with 44-year-old rap legend Kanye West – revealed that her estranged husband has a hand in her businesses.

“He has a piece of Skims himself and gives [the team] inspiration but also information,” she said.

Kim – who recently joked that she split from the Stronger‘hitmaker because of his personality while hosting Saturday Night Live -declared:

“Kanye will always be the most inspirational person to me.”