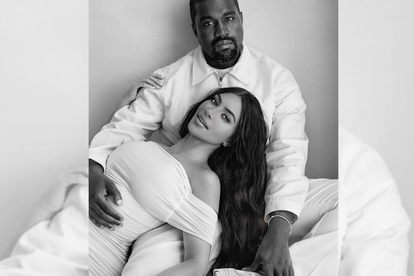 Kanye says God is going to reunite him and Kim Kardashian. Image via Instagram: @KimKardasian

Kanye says God is going to reunite him and Kim Kardashian. Image via Instagram: @KimKardasian

Kanye West, or should we say Ye, has made it crystal clear that he wants his estranged wife Kim Kardashian back. Ye took the opportunity to speak about his marriage while delivering meals to Skid Row as part of the LA mission. According to Ye, God will bring him and Kim back together.

He also said that their marriage falling apart may send the wrong message to their followers so it’s important that they reunite.

Watch out Pete! Ye wants his wife Kim Kardashian back

Kim Kardashian has been living her best life with US comedian Pete Davidson and judging by his latest comments Kanye aka Ye West is not happy.

The rapper spoke out about his marriage while at the Los Angeles Mission to deliver meals to Skid Row ahead of the Thanksgiving holiday.

While Ye did not mention Pete, he did say that God would reunite him and Kim:

“The narrative God wants is to see that we can be redeemed in all these relationships,” said the multi-award-winning artist who also admitted to making mistakes in the marriage.

“I’ve publicly done things that were not acceptable as a husband, but right now today, for whatever reason – I didn’t know I was going to be in front of this mic – but I’m here to change the narrative.”

West also spoke about the fact that he is trying to stay as close to his children as possible. The couple has four children together – North, eight, Saint, five, Chicago, three, and Psalm, two.

Adding: ‘I’m trying to express this in the sanest way, the calmest way possible, but I need to be back home.”

He then spoke about how his separation from Kim affects the public:

“If the enemy can separate Kimye, there’s going to be millions of families that feel like that separation is ok,’ he said.

“But when God brings Kimye together, there’s going to be millions of families that are going to be influenced to see that they can overcome the work of the separation, of trauma the devil has used to capitalize to keep people in misery while people step over homeless people to go to the Gucci store.”