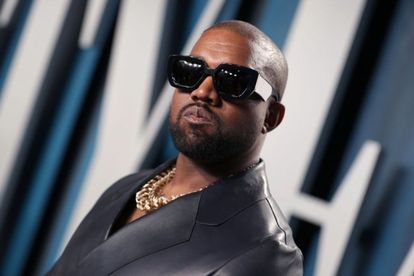 Kanye West does not want North on TikTok. Image via Twitter @RapUp

Kanye West does not want North on TikTok. Image via Twitter @RapUp

Kanye West is not very happy with his soon-to-be ex-wife Kim Kardashian. The award-winning rapper took to his Instagram early on Sunday morning to slam the reality TV star for allowing their eldest daughter North West to share videos on TikTok. According to Kanye, he has spoken to Kim and is now forbidding the eight-year-old from using the social media app.

The rapper also slammed actor DL Hughley for saying that he is basically stalking Kim.

On Sunday 13 March, Grammy Award-winning rapper Kanye West took to his Instagram to fume over the fact that his daughter North West shared another TikTok video.

The rapper previously expressed that he thought she was too young to be on the social media app which she shares with her 44-year-old mother Kim.

“Hey everybody I just got off the phone with Kim. I told her to stop antagonizing me with this TikTok thing,’ he said in a minute-long clip posted with the caption ‘No Tik Tok video.’

“I said it’s never again. I am her father,’ he said. ‘I know ya’ll don’t respect fathers and the idea of family and the media tries to promote something. I said I am not allowing my daughter to be used by TikTok to be used by Disney,” he said.

The Jesus Walks artist also had a few words for American actor DL Hughley who previously said that Kanye was basically stalking Kim and it was his daughter, he would do something about it.

“I don’t want my kids at godless Sierra Canyon school I got a voice and I’m not having this And Perez Hilton you still ain’t answer my question. And never put my name next to the word abuse. Don’t play with my name like that I’m a real person who wants the best for my children And DL Hughley is a pawn.

“Yeah, I know a king is not supposed to address a pawn but I address everything and find addresses DL So don’t speak on me or my children I can afford to hurt u,” the rapper said according to the Daily Mail.