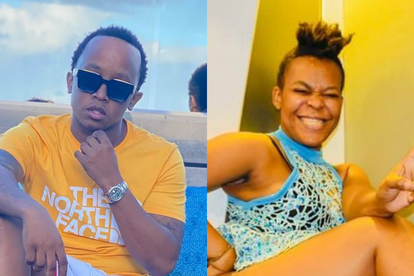 Zodwa Wabantu has earned herself the title of a big mouth after she shamelessly revealed that she and Black Motion’s Thabo “Smol” were getting intimate on the regular.

Her reputation apparently precedes her after another artist, Junior De Rocka shared a clip of them together and was issued a stern warning by his fans and supporters.

In the clip, Zodwa, who is known to have a big mouth, was speaking about her sex life and why she made the decision to leave sunny Durban for bustling Johannesburg.

She also disclosed that she doesn’t make men pay for sex as she is usually the big spender in her “no strings attached” relationships.

The fans are concerned

After Zodwa loudly and proudly shared how she and Black Motion’s Thabo “Smol” were hitting it off in the sack, many people were concerned that Junior may be the next to be outed. While Junior made it clear that the two of them are just friends, his fans decided it was in his best interest that they warn him that Zodwa would not keep their intimate affairs private.

Others also shared how much they loved and appreciated the way Zodwa was open and forthcoming about her life.

ALSO READ: ‘Woza Thabo’: Zodwa calls her ‘side dish’ to keep her warm