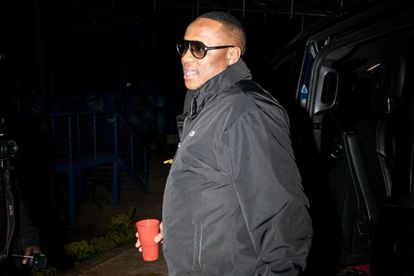 After months of speculation, Jub Jub has been spotted in public making his return to popular reality TV show Uyajola 9/9.

The muso – who was last reportedly suspended by Dstv channel Moja Love amid allegations of rape levelled against the star – has been spotted filming a new season of the hit show.

In December 2021, Jub Jub attracted backlash over his controversial interview with MacG on Podcast and Chill. In it he trashed his baby mama Kelly Khumalo, claiming that she had used “muti”  to “bewitch” him. He also revealed he had cheated on ex-girlfriend Amanda du Pont with Kelly.

But it was Amanda’s claims that her presenter ex had raped her over a period of two years during their relationship, that landed him in hot water.

Following the interview, Moja Love distanced itself from Jub Jub by suspending him from their channel.

The father-of-one is the presenter of reality TV shows Uyajola 9/9 and You Promised to Marry Me.

Jub Jub and Kelly Khumalo share a son Christian together, who is currently in his mother’s full custody.

“Listening to the podcast, I believe he was out of order and I don’t like working with ill-disciplined people.”

A few days later, the star issued a public apology to Kelly for his comments about her. He also apologised to South African women who were triggered by his words.

Lastly, he addressed the rape allegations made by Amanda and other women, including Masechaba Ndlovu. He said in the statement: “With regards to the accusations levelled against me by Amanda and others I have decided to make room for the law to take its course”.

Meanwhile, a clip of the singer filming a new episode of Uyajola 9/9 in public has gone viral.

In it, the star is seen outside an unknown restaurant with an angry woman who insists that he foot the bill.

“I’m proud to announce that JUB JUB IS BACK.  New season of Uyajola 9/9 is coming to Moja love very soon”, the tweep who broke the news captioned the clip.