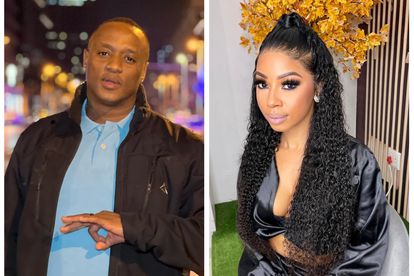 The Moja Love presenter and muso shared the words days after Kelly Khumalo called him out for being an absent father to their son.

In the premiere episode of season three of Life with Kelly Khumalo, the singer gave her ex-boyfriend the middle finger over his Mother’s Day post to her. She also hinted that Jub Jub did not want to be in his son Christian’s life.

She said during the episode: “I know a man who wants a relationship with his child when I see one. I will never stand in the way of doing that, don’t disrespect me.”

Kelly Khumalo welcomed Christian in 2010 whilst Jub Jub was awaiting sentencing for his car crash earlier that year that killed four schoolchildren in Protea North, Johannesburg.

In 2012, the rapper was sentenced to 25 years, but released in 2017, after his murder charges were overturned to that of culpable homicide. But despite his release, Jub Jub claims to have been turned away from seeing his son, a claim Kelly Khumalo has refuted repeatedly.

In June last year, Kelly tweeted about the narrative: “All I hear is excuses. Any parent who wants to be present in their kid’s life will fight tooth and nail for that to happen. No matter the circumstances. If not the court is always there to mediate in such situations”.

In it, he reflected on his past and how he was learning from his mistakes. He shared: “Even when trials and tribulations seem to be taking over your life, remember not to give up but to push. You do not know who is watching or who you are inspiring.

He added: “My ancestors were with me in the beginning till to date. It saddens me that I had to go through what I [did] only to be drawn closer to God. For you all know, I am not a saint but I can tell you for free that I am trying. And for that, I will continue pushing”.