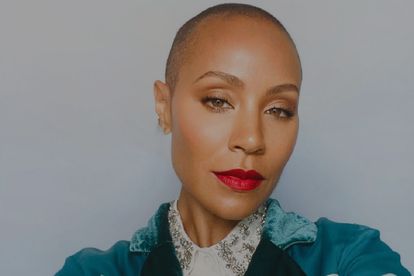 Jada Pinkett Smith wants Will Smith and Chris Rock to reconcile after the infamous Oscars slap incident. Image via @jadapinkettesmith/Instagram

Jada Pinkett Smith wants Will Smith and Chris Rock to reconcile after the infamous Oscars slap incident. Image via @jadapinkettesmith/Instagram

Jada Pinkett Smith has finally broken her silence on that controversial Oscars slap involving her husband Will Smith and Chris Rock over a joke about her alopecia at the Oscar Awards in March.

Even though the comedian had taken a jab at her, the 50-year-old actress had chosen to remain silent about the much-talked-about incident. Finally expressing her feelings during her show, Red Table Talk, on Wednesday 1 June, Jada said she wants her husband and Rock to “heal and reconcile”.

Jada turned her husband’s blowup into a teachable moment about alopecia, dedicating the episode to the hair loss disorder that affects her and many others.

“I’m using this moment to give our alopecia family an opportunity to talk about what it’s like to have this condition and to inform people what alopecia actually is.”

Addressing the infamous Oscars slap, Jada said her “deepest hope” is that Smith and Rock “talk this out”.

“About Oscar night, my deepest hope is that these two intelligent, capable men have an opportunity to heal, talk this out, and reconcile,” Jada said on Red Table Talk.

“The state of the world today, we need them both, and we all actually need one another more than ever. Until then, Will and I are continuing to do what we have done for the last 28 years, and that keeps figuring out this thing called life together.

“Considering what I’ve been through with my own health and what happened at the Oscars, thousands have reached out to me with their stories,” the actress said.

WATCH THE EPISODE BELOW

IMPACT OF WILL SMITH’S BEHAVIOUR

The Fresh Prince of Bel-Air was widely criticised for slapping Rock shortly before winning an Oscar for best actor for his role in the biopic King Richard.

Although he apologised for his actions and resigned from The Academy of Motion Picture Arts and Sciences, a decision was made to ban him from the Oscars for 10 years.

“The Board has decided, for a period of 10 years from April 8, 2022, Mr Smith shall not be permitted to attend any Academy events or programs, in person or virtually, including but not limited to the Academy Awards,” Academy President David Rubin and CEO Dawn Hudson said in a statement.

In addition, some of Smith’s projects were reportedly on hold following the incident. They include Bad Boys 4, which reportedly had been in active development, and Fast and Loose – a Netflix movie that was to star Smith as a crime boss who loses his memory. Netflix reportedly also cancelled its sequel to Bright.

While Smith’s career was going downhill after the slap, Rock enjoyed large sales numbers for his shows.

According to The Insider in March, the incident had sent sales for the comedian’s shows through the roof. One ticketing site reported tickets for Rock’s Ego Death World Tour skyrocketed after Smith hit him on stage Sunday night during the 94th Academy Awards ceremony.

“We sold more tickets to see Chris Rock overnight than we did in the past month combined,” the ticket-selling site TickPick had said.

Although Rock has not addressed the Oscars slap, the I Think I Love My Wife actor seems to have healed.

In May Rock took a swipe at the Pursuit of Happyness star after Dave Chappelle was attacked by someone in the crowd at his live comedy event.

ALSO READ: ‘Was that Will Smith?’ Chris Rock on a roll after Dave Chappelle attack