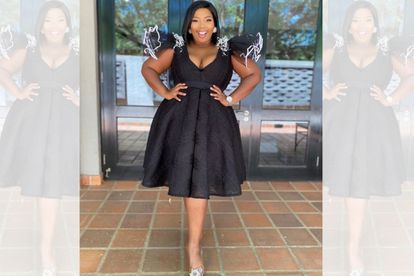 Reality TV star and former wife to former president Jacob Zuma Nonkanyiso “LaConco” Conco seemingly always has her eye on the bag and continues to prove it. Besides mothering the child of a former head of state, LaConco has become a household name following her appearance on Real Housewives of Durban.

She is seemingly securing the bag in more ways than one and just headed online to excitedly share that she is entering the fashion business – it appears not everyone thinks she really earned it.

LaConco is now in the fashion business

If there’s one thing about LaConco, South Africans love her. Many were left shocked when it was revealed that she was married to ex-president Jacob Zuma.

Their mixed feelings toward her quickly dissolved when she became one of the stars on Showmax’s Real Housewives of Durban.

Since then, LaConco has managed to secure millions of online followers who simply adore her and shower her with praise. Not everyone, however, believes she is as self-made as she would like people to believe.

This was certainly the case when LaConco headed online to share that she has partnered with Edgars to introduce South Africa to her very own line of signature t-shirts.

Taking to her Twitter on 11 February, she shared the news by writing:

“God has done it again, this project is a reminder to remain resting in Christ because if he is for me, who can be against my destiny.

Thank you, Edgars for allowing me to be a part of you. Your team is amazing. It’s been amazing working together,” she wrote while thanking her team for helping her put it all together.”

She also shared snaps from the Edgars photoshoot in which she is seen wearing the t-shirts which have the Zulu sayings that she is famously known for saying on ‘RHOD’.

“I want them all. Please bring to the gym. Thank you ???????? Congratulations mtase. You are working moghel.”

On a much less positive note, this Twitter user, @StLeeuw wrote:

“God or the money u got from marrying JZ?”