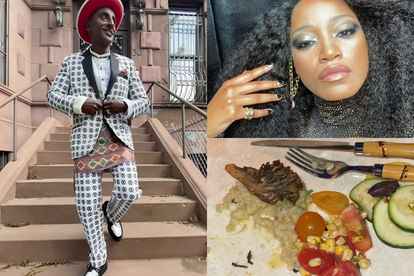 The head chef in charge of the Met Gala’s cuisine has come to the defense of a photo that was posted by US actress Keke Palmer earlier this week. The snap resulted in a lot of online criticism from social media users who couldn’t believe that celebs were paying $30-$40k a ticket to be fed that kind of food.

Chef Marcus Samuelsson has since defended the meal by saying it was delicious!

A few days ago US actress Keke Palmer left the internet buzzing with a photo of one of the meals she was served at the Met Gala. “This is why they don’t show y’all the food…just playinnn,” she captioned a photo of a plate that admittedly looked quite unappetizing.

Her post resulted in many comments being made about the fact that celebrities were forking out between $30 and $40k (just to be served food that is arguably lackluster.

This did not sit well with Chef Marcus Samuelsson who helped choose the 10 up-and-coming New York chefs who created the Met Gala menu.

According to a TMZ article, what people were looking at on Keke’s entree plate, was barley topped with roasted mushrooms, tomato salad with corn and zucchini slices. He also said it tasted delicious and whether or not Keke thought so, was a matter of her taste.

He also tells the publication that he received a number of compliments for the delicious sustainable plant-based menu that was prepared that evening – despite all the criticism it was receiving online.

Other meals guests were served includes 6 hors d’oeuvres and a watermelon pumpkin salad. Dessert for the evening included an apple topped with chocolate mousse.