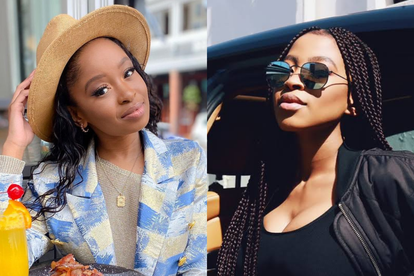 Palesa Tembe, the sister of Anele “Nelli” Tembe shared a truly heartbreaking post online earlier today. The post comes 5 months after Tembe allegedly fell 10 floors to her death. In the post, Palesa shares that she dreamt about her sister who she hasn’t stopped missing her ever since.

It’s been 5 months since South Africans heard how Anele ‘Nelli’ Tembe, the fianceé of local rapper Kiernan “AKA” Forbes allegedly fell to her death from the 10th floor of the Pepperclub Hotel in Cape Town on Sunday 11 April this year.

Nelli’s tragic passing left many people reeling with both shock and confusion as they tried to make sense of the news.

Her sister Palesa Tembe is seemingly still dealing with the emotional trauma of losing a loved one and headed to her Instagram page early on 14 September where she shared that she had dreamt about her late sister Nelli. She also says how much it “sucks” that Nelli has been gone for 5 months already.

“I dreamt about you my angel … 5 months without you and it sucks,” she wrote according to TshisaLive.

The TV presenter has since removed the post from her page but not before receiving a number of comforting comments from her friends, fans, and supporters.

We previously reported that since the passing of his fianceé Anele Tembe AKA (Kiernan Forbes) has kept busy with making music. The Finessin’ rapper released a joint album with Costa Titch which left his fans both excited and amazed.

While on a media run for the joint album, AKA bluntly addressed an “awkward” question from 947 radio host Thando Thabethe and left everyone with mixed feelings.