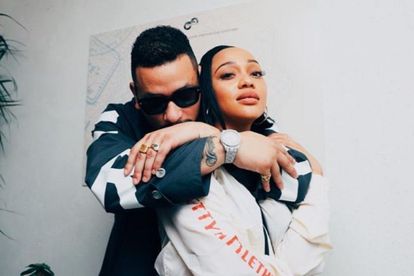 AKA apologises to Thando Thabethe. Image via Instagram @akaworldwide.

AKA apologises to Thando Thabethe. Image via Instagram @akaworldwide.

AKA was thereafter triggered by Thando referring to what happened as an “incident” and subsequently lashed out at her, telling her it’s nobody’s business. Thando Thabethe was diving into questions about the death of AKA’s fiancee Nelli Tembe. Nelli Tembe plunged to her death from the 10th floor of the Pepperclub Hotel in Cape Town on 11 April, just two weeks after the rapper paid lobola for then his bride-to-be.

The clip trended on Twitter and Tweeps were divided. Some thought that AKA was just dodging personal questions and Thando was out of line. While others thought that the rapper was “rude” and had “poor emotional intelligence”.

AKA APOLOGISES TO THANDO

To the surprise of many, AKA issued an official and sincere apology to Thando Thabethe via a lengthy Instagram post where he admits to feeling triggered by her questions.

“I’ve been seeing a lot of whoo ha on social media about our interview on Friday ???? For the record I just wanna say that @thando_thabethe has always been in my corner from the start, even through everything that has happened this year,” wrote AKA on Instagram.

He went on to say that there is nothing but love between himself and Thando.

“It’s unfortunate that I felt triggered by the way she asked her questions and I could have handled it better, after all she’s just doing her job and all that. We have nothing but L????VE for each other and when I’m ready I’ll be back chopping it up with her as always,” he continued.