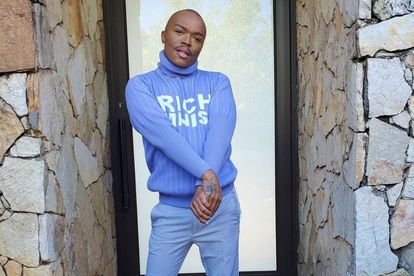 Media personality Somizi Mhlongo does not do germs. Image via Instagram @somizi

Media personality Somizi Mhlongo does not do germs. Image via Instagram @somizi

Daily Sun has reported that media personality and choreographer, Somizi Mhlongo has scored himself a gig on Moja Love TV.

“He is on set every day shooting and having a great time, but it is intense.”

‘HE IS SHOOTING EVERYDAY’

The source has also revealed that he will be shooting every day for the next three weeks.

Mhlongo’s fans will be delighted to know that he is back on their small screens after he was put on ice by Mzansi Magic’s singing competition, Idols SA.

Somizi’s fans have called for his return to Idols SA and have threatened to boycott the show until he returns.

Now that the media personality has joined Moja Love TV, his fans will be overjoyed as they will get to see him on TV again.

The legendary entertainer has been marketing his book, Dinner at Somizi’s since his estranged husband, Mohale Motaung made abusive claims against him which affected his career, and ‘tarnished’ his reputation.

Also read:Somizi denies dating DJ Bongani: ‘I will be finding many new loves’

Mhlongo admitted that their relationship was not perfect and denied being abusive towards Mohale.

“I have never been physically or knowingly emotionally abusive towards my estranged husband.”

“I totally deny the allegations of criminal acts towards him and would like to clear my name of that defamation,” said Somizi in a statement

Neither Somizi nor Moja Love could comment about him joining the channel when they were contacted by the publication.