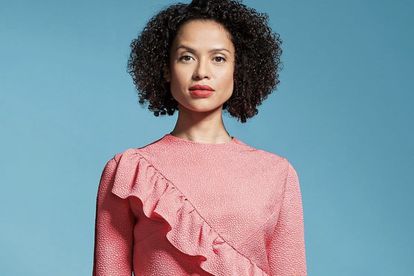 Gugu Mbatha-Raw works out on a trampoline.

The former Morning Show actress admitted her bouncing sessions are “essential” to her life because not only do they help her stay in shape, but they make her feel happy too.

Asked her life essentials, she admitted:

“My trampoline. I can’t speak highly enough of trampolines. I mean, it’s a great workout but also a great mood booster. Really, it’s very cheerful. Just make sure your ceilings aren’t too low.”

The 38-year-old star’s other essentials included a bath.

“It’s my end-of-day ritual, it centres me,” she explained.

And the Loki actress “sadly” can’t live without her phone or a good cup of tea.

She explained to Red magazine:

“I’m a classic Brit … Living in America has made me realise how much tea I drink.”

Although Gugu has been living in Los Angeles for most of the last decade, she’s relocating back to the UK after buying a house in Oxfordshire last year and she’s looking forward to going home.

“I’ve missed the British sense of humour, that sarcasm and dryness of British wit. Although I feel pretty at home wherever I am at this point. I suppose that’s the consequence of being nomadic. I can make a home pretty quickly with a few bare essentials,” she said.

Gugu previously admitted she loves to wear only black clothes when she isn’t working because they help her to feel “calm and neutral.”

“This is as jazzy as I normally get. My wardrobe is mostly black because I dress up for a living, and it makes me feel calm and neutral,” she explained.