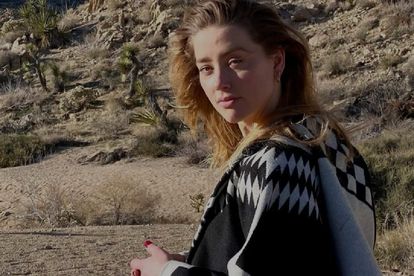 GoFundNe took down a fake account claiming to raise funds for Amber Heard. Image via @amberheard/Instagram

GoFundNe took down a fake account claiming to raise funds for Amber Heard. Image via @amberheard/Instagram

GoFundMe has reportedly investigated and removed a fraudulent account claiming to assist actress Amber Heard to pay her ex-husband Johnny Depp the damages she owes him.

On Wednesday 1 June, the Pirates of the Caribbean actor, 58, won his defamation case against Heard, 36, with the jury ordering her to pay $10.35 million (R159 million) in damages.

According to TMZ, shortly after the verdict, a woman named Kimberly Moore opened a GoFundMe account in a bid to help Heard raise $1 million (R15 million).

In the page’s description, Moore claimed to have made contact with Heard’s legal team and vowed Amber would have direct access to any money raised.

“I believe the trial was a disgrace. I believe Amber, and social media protected the abuser. The judgment exceeds her net worth. It’s so sad that he was able to get away with the abuse. The judgment furthers that abuse. If you can please help her. She will have th direct access to the money. I also contacted ger attorney so they can loop her in.”

The publication contacted the fundraising platform which said the fake account was flagged. Although not mentioning how much had already been donated, a spokesperson for GoFundMe said they were able to flag the profile quickly, before a substantial amount of money was raised.

Upon investigation, it was determined neither Heard nor anyone on her team had created the page.

According to The Wrap, several other accounts have popped up since the verdict.

Depp had been suing Heard for $50 million (R800 million) for implying he abused her in a 2018 Washington Post op-ed. Although the Justice League actress didn’t name him, he claimed her allegations impacted his ability to work. In turn, Heard pursued a $100m (R1.6 billion) counterclaim.

Although Depp was awarded a total of $15 million in damages, Judge Penney Azcarate lowered the verdict to a total of $10.35 million because punitive damages are capped at $350 000 in Virginia.

On the other hand, Heard was found to have a partial win in her case and was awarded $2m (R31 million) in compensatory damages for defamation, but no punitive damages.