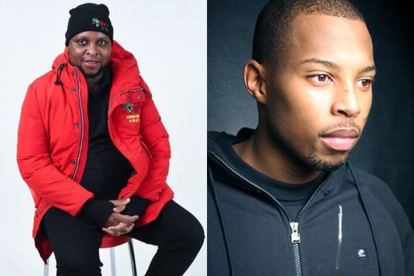 Sizwe Dhlomo is very vocal about his opinions – and this is something nobody can deny. Naturally, the popular radio host has shared his two cents’ worth on the ongoing #FreeJacobZuma protest and looting that has crippled South Africa.

Sizwe Dhlomo fears no contrasting opinion and this is very evident in many of tweets. The Khaya FM radio host has given us his thoughts about Jacob Zuma, and of course they are very controversial.

Dhlomo basically said that South Africans shouldn’t be pressured into letting Zuma out of his cell all in the name of keeping the peace.

According to Dhlomo, Zuma had ample time to “follow procedure” and prove his innocence but chose to take a long and obviously very difficult road.

“Look here guys, Cyril may be a disappointment and all that but also akukho Zuma wakhishwa ejele la, so we can maintain peace. Nonsense! The law is the law.”

He then went on to say:

“Mina I’ve got no problem with uMsholozi but let’s be honest, he had plenty of time to follow procedure. Sh!t didn’t need to get this far. He could have just gone to the commission & said what he wanted to say. Simple.”

Economic Freedom Fighters (EFF) MP Floyd Shivambu, however, begged to differ. In what can definitely be termed a jab,Shivambu pointed out that Sizwe was wrong for saying Zuma can’t be released.

While he was at it, he “schooled” Dhlomo on the country’s law which does allow for rescission. He also said that “there are already Concourt concessions that some interpretations could have been wrong.”

“This is simplistic! But the law permits rescission and there’s no such thing as “akukho Zuma wakhishwa ejele la” in law. There are already Concourt concessions that some interpretations could have been wrong. These things don’t work on emotions my brother. Be simple but don’t be simplistic,” he wrote.

Shivambu may want to join Malema on the Dhlomo show

EFF leader Julius Malema recently heeded the call of the nation to join Dhlomo on radio.

With the way things are going, Shivambu may join and have the Zuma conversation face-to-face. Judging by the many reactions to the two’s rather public differences of opinion, it may make for an interesting segment.

READ ALSO: ‘White corruption is worse’: Ntsiki Mazwai on why Zuma must be freed