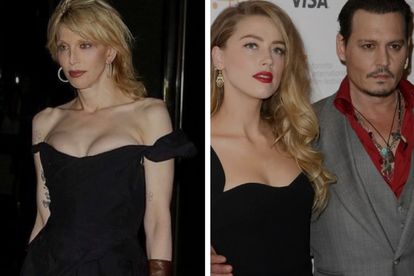 Singer Courtney Love (left) has publically declared her support for Johnny Depp amid the defamation trial against Amber Heard. Image via @courtneylove, @ engil/Instagram

Singer Courtney Love (left) has publically declared her support for Johnny Depp amid the defamation trial against Amber Heard. Image via @courtneylove, @ engil/Instagram

American singer and actress Courtney Love has expressed her support for Hollywood actor Johnny Depp amid the defamation trial against his ex-wife Amber Heard.

On Saturday 21 May, Love shared how Depp saved her life when she overdosed in 1995, a year after her husband, Kurt Cobain, took his own life.

According to Love, who posted a series of videos on Instagram through a friend, Depp gave her CPR when she had passed out outside a nightclub in 1995.

“I don’t really wanna make judgments publicly, but I just want to tell you that Johnny gave me CPR in 1995 when I overdosed outside The Viper Room with Sal,” she said.

The musician went on to detail how the Public Enemy actor also helped her with her daughter Frances Cobain after her late husband had died.

“Johnny, when I was on crack and Frances was having to suffer through that with all these social workers, wrote her a four-page letter that she’s never showed me on her 13th birthday. He didn’t really know me.”

In addition, she said that when the Pirates of the Caribbean movies were released, Depp sent a limo to her daughter’s school in order to get her and her friends to see the films at the cinema.

During a 2006 interview with The Gaudian, the songstress reflected on the night Depp saved her life.

“I think he’s very smart, he’s a brilliant actor and he once saved my life,” she had told the outlet.

In another video, Love expressed that she relates to Amber Heard as “the most hated woman” in the case against Depp.

When Love’s husband took his own life in 1994, fans of Nirvana – the group he was a member of – blamed his suicide on her.

According to The Guardian during her 2006 interview, the actress was accused of everything from driving Cobain to suicidal despair to hiring an assassin to kill him. Love had received several death threats and shotgun shells thrown on stage at her shows.

Further addressing Heard, she said she hopes the Aquaman actress is being truthful.

“But if you use a movement for your own personal gain, and you inhabit queer feminist intersectional spaces, and you abuse that moment, then I hope justice gets served whatever it is.”