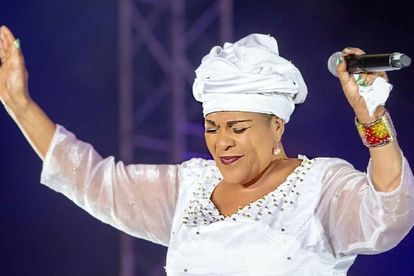 Before her death, Deborah Fraser warmed the hearts of many with her incredible gospel music. Image via Twitter @PopPulseSA

Before her death, Deborah Fraser warmed the hearts of many with her incredible gospel music. Image via Twitter @PopPulseSA

South Africans are still coming to terms with the passing of gospel star Deborah Fraser whose funeral took place on Saturday 22 May. The famous singer died on 15 May after a short battle with a minor illness.

While many bid their final farewell to Fraser, new reports reveal that the star has not been buried due to flooding in KwaZulu-Natal Durban over the weekend which has caused chaos at cemeteries in the area.

Deborah Fraser was reportedly not buried despite big funeral

Gospel fans were left reeling when the passing of Deborah Fraser was announced. The songbird is well known for her gospel hits Hamba we Sathane and Dila nabo Nkosi.

Over the weekend, she was honoured with a star-studded funeral but everything didn’t go according to plan.

A source close to the family also told the Daily Sun that Fraser has not been buried because of the flooding that has once again hit KZN.

The star was supposed to be laid to rest at the Laa Kahle cemetery in Hillcrest, west of Durban.

“At the moment they are suggesting Monday as they believe the floods will end, according to the SA weather service.”

“Everything will be controlled by the weather because they can’t just throw the coffin into a grave with water and mud,” the source said.

Meanwhile, family spokeswoman Nontando Mafiso tells Daily Sun that she has not been authorised to give information about when the actual burial will be taking place.

The South African also reported that a day after gospel superstar Deborah Fraser was laid to rest in a star-studded funeral celebration, infamous artist Rasta presented his portrait of her to the public.

Unfortunately for him, the portrait did not get the reception he had hoped for as many people suggested that the person in the portrait looked more like Mother Theresa than like Deborah Fraser.