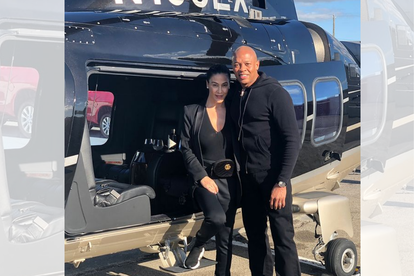 World-renowned US rapper Andre Young AKA Dr Dre has reportedly been ordered by a judge to pay a whopping R4.3 million to his ex-wife Nicole Young every month.

The music producer and businessman have also been ordered to pay her medical aid. The couple filed for divorce in June last year and have been engaged in battle ever since.

US rapper and Forgot About Dre hitmaker, Andre Young, popularly known by his stage name, Dr Dre is finally a single man. Dre and Nicole filed for divorce in June 2020 after 24 years of marriage.

It hasn’t been smooth sailing for the couple who have spent over a year fighting over the music producer’s millions and who should get to spend it.

While Nicole’s lawyers demanded that Dre has been bragging about being a billionaire for years now and can afford to foot the bill for the lavish lifestyle that Nicole has obviously grown accustomed to, the rapper argued that he had a prenup drawn up before he and Nicole got married.

Unfortunately for him, Nicole has a pretty good memory and detailed in court how the star had torn up the prenup after the wedding after feeling regretful for forcing her to sign it, reports TMZ.

Radar Online now reports that Dr Dre has been ordered by the court to pay around $300 000 spousal support (just over R4.3 million) a month to Nicole. He also needs to continue paying her medical aid until she remarries.

It is however worth noting that this is only a temporary ruling and could change soon.

Meanwhile, social media users have been blown away by the big figure. And as they do, many people joked about what they would do if they found themselves in Nicole’s shoes. Read a few of their comments below:

“Moral of the story… don’t get married gents.”

“One of the reasons why I’ll never ever get married ever again.”