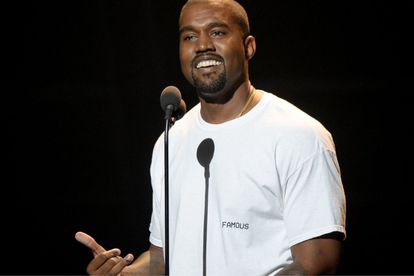 Kanye West could be launching a string of Donda-themed tech products.

The rapper has reportedly filed a trademark application for a string of tech products with his album – and mother’s name – on them, including the likes of computers, tablets, audio speakers and surround sound systems as well as headphones, earphones and wireless headsets, TMZ reports.

ALSO READ: What was Mark Zuckerberg doing when Facebook was down?

He is also looking towards using the trademark on the likes of smartwatches, hi-tech smart glasses, activity trackers as well as protective covers for tablets.

West finally released his long-awaited album Donda recently but soon after its release, he had claimed his record label released it without his permission.

In the typed-out message, the 44-year-old star told his 7.8 million Instagram followers:

“UNIVERSAL PUT MY ALBUM OUT WITHOUT MY APPROVAL AND THEY BLOCKED JAIL 2 FROM BEING ON THE ALBUM.”

Initially, all but one song was released, with Jail, Pt. 2 being added hours later on Sunday, 29 August with DaBaby spitting about the homophobic comments he made about HIV and AIDS at Rolling Loud Festival.

“I said one thing they ain’t like, threw me out like they ain’t care for me/ Threw me out like I’m garbage, huh?/ And that food that y’all took off my table/ You know that feed my daughters, huh? (Mmm)/ But I ain’t really mad, ’cause when I look at it/ I’m getting them snakes up out my grass,” he raps.

Manson – who sparked outrage when he joined Kanye and DaBaby on stage at his recent Chicago listening party for the LP – also appeared on the hook.