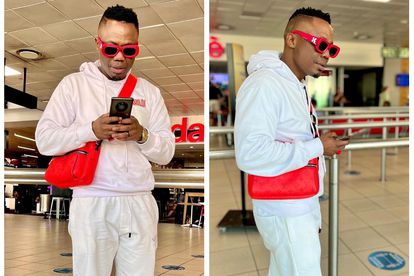 South African musician DJ Tira has received many thumbs up for his efforts in keeping the Durban central business district clean.  The hitmaker was among a number of prominent media personalities who joined the initiative. Heading online, Tira shared that it is important to keep the place clean ahead of the festive season so that it can attract its usual influx of tourists.

eThekwini Deputy Mayor Philani Mavundla and Duduzane Zuma were also in attendance and echoed Tira’s sentiments about preparing the CBD for a bustling summer season.

Afrotainment boss DJ Tira is leading by example and his fans and supporters absolutely love to see it.

The Durban-based hitmaker recently took to the city’s CBD to join eThekwini Deputy Mayor Philani Mavundla and Duduzane Zuma in cleaning up the place as part of a new campaign.

Speaking to local publication Briefly News, Tira expressed how important having a clean CBD is especially because Durban is one of South Africa’s biggest tourist attractions.

He also headed to his Instagram to share a number of posts dedicated to the clean-up effort.

In one post, the hitmaker poses with controversial presidential candidate Duduzane Zuma.

He also shared a clip of Kaunda addressing hundreds of residents who also helped clean up the CBD ahead of the busy December time.

His efforts to be involved in the CBD cleanup really impressed his many followers who commended him greatly.

A lot of them also expressed excitement that Durban was being cleaned and kept beautiful.

“I love this maDurban amahle, keep up with good work.”