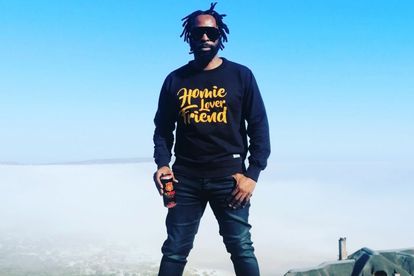 South African DJ and businessman Sibusiso Leope, popularly known by his stage name DJ Sbu, has shared a message of hope with entrepreneurs whose businesses were looted.

In a lengthy post made on Thursday last week, Sbu asked entrepreneurs to forgive looters and pick their businesses off the ground.

Musician-turned-businessman DJ Sbu is one of the many celebrities who has taken to the online world to share their thoughts on the nationwide unrest that spread across South Africa over the last week.

In a long Instagram post, the Mo’Fire creator called on entrepreneurs to forgive and forget what happened to their businesses after looters basically wreaked havoc causing many local businesses to crumble.

“To most of us who have been affected directly or indirectly. We Forgive them,” read a part of his post.

Many South Africans were moved by Sbu’s words of wisdom and headed to the comment section to either reflect on South Africa’s dire situation or share their thoughts on what Sbu had to say. A lot of celebrities, such as Tbo Touch and Abdul Khoza, were among those who commended the DJ.

“This is not a cry for help… These are counter-revolutionaries that took advantage of the nation’s vulnerable state. Let’s deal with the cause, not the symptoms. We must learn to tell the whole truth or we’ll suffer for the lies!”

When Sbu isn’t giving entrepreneurs hope, he is seemingly busying himself with world records. Earlier this year, the musician took on the incredible task of breaking the record for the world’s longest radio music show. The DJ and his team did a radio show that lasted an entire nine days all in the name of charity.

Naturally many South Africans were super proud of him and shared many heartwarming messages with him online.