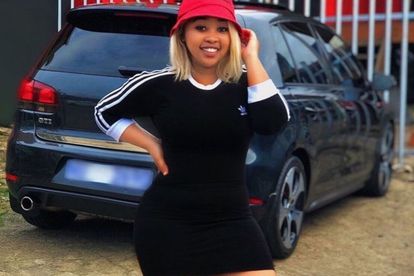 DJ Hlo is rumoured to be getting married to a Durban multimillionaire. Image via Twitter @msanele112

DJ Hlo is rumoured to be getting married to a Durban multimillionaire. Image via Twitter @msanele112

City Press reported that she’s in a serious relationship with Zulu – who is her boss and owner of her record label – iMaz Entertainment.

DJ HLO TO GET MARRIED?

Sources close to DJ Hlo have confirmed that she’s getting married to her billionaire record label boss Musa Zulu.

Zulu who is currently married to Thulile Zulu was allegedly instrumental in getting her the song of the year award for the KwaZulu-Natal-based radio station.

“It is an open secret that she is going to be his second wife.”

“Everyone in the circle knows that Hlo is his princess and he is determined to give her the best of the best in this life.”

“He made sure that she takes that song of the year title because he knew that it would launch her career, and it did”.

Another source revealed that he’s already proposed marriage and he’s serious about making her his second wife.

“He wants her to be his second wife. We are not sure how far along that process is.”

“It is all hush-hush for now, but they are very serious.”

ALSO READ: ‘They will be dealt with’: DJ Hlo threatens her haters with legal action!

‘I AM NOT GETTING MARRIED’

The popular DJ however denied reports that she was marrying anyone or dating, anyone, when she was contacted by City Press.

“I am not dating anyone at the moment. I am single. I am not in any relationship,” she said.

Her close friend told the publication that Zulu recently bought her a travel bus that is branded with her name.

Zulu is said to be the owner of Maz Herbal Products and owns a fleet of trucks as well as the record label – iMaz Entertainment.

Zulu’s wife Thulile Zulu is popularly known for her anti-albino killing campaign since 2016 and her charity work.

ALSO READ: ‘This is huge for me’: DJ Hlo speaks out after tweeps question her award