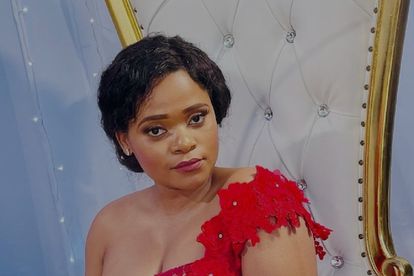 Actress Sthandwa Nzuza is threatening to expose her estranged husband for abuse. Image via @sthandwa_nzuza/Instagram

Actress Sthandwa Nzuza is threatening to expose her estranged husband for abuse. Image via @sthandwa_nzuza/Instagram

Sthandwa Nzuza who plays the character of Dr Zandile Mkhize on e.tv’s Durban Gen is a woman scorned. The actress is going through a very messy 2-year divorce after 3 years of marriage to her estranged husband Pastor Philani Gama.

The actress, who is a former Ukhozi FM presenter, took to her Instagram stories on Wednesday 2 March to lament about her estranged husband; claiming he is abusive. She added that all she wanted was to have a peaceful divorce, but it is just not happening.

Someone physically abuses you then play the victim… I’m about to expose a nigga with receipts. I’ve been quiet for 2 years thinking we will divorce in peace…I’m tired.

After this explosive message, the former Uzalo actress also sent a scathing message to anyone who is considering taking a screenshot of her post with the intention of sending it to Pastor Gama. Further claiming that he stalks her.

“Screengrab for him if you want… He stalks my page anyway,” she lashed out.

In February 2020, Briefly News revealed that Sthandwa Nzuza had opened up about being physically abused by her ex-husband in their marriage. This led to the actress opening a case against him.

At that time, Isolezwe had quoted her as saying: “The reason my marriage is suffering is because of the abuse I have suffered at the hands of my husband. I do not like talking about my private life, nonetheless it is true that I have opened a case against him.”

In a bid to clear his name, Pastor Gama also spoke to Isolezwe about the abuse allegations and charges. Stating his version of events, he said that he had smashed Sthandwa’s phone but did not lay a hand on her.

“I warned her about the phone and she then answered me in an abusive tone. I then smashed her phone because she did not want to listen..I smashed it against the wall…she then said she will make me famous,” Gama told the publication. Adding that the incident happened during bedtime when he asked her to put her phone away.

Pastor Gama also reportedly claimed that his estranged wife dropped the charges in fear of also getting locked up. However, the actress alleged that the docket had gone missing.