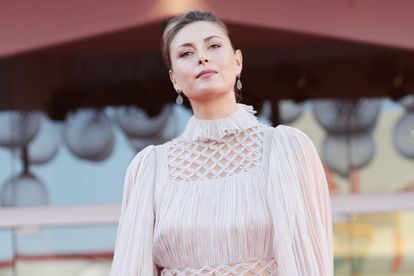 Maria Sharapova is facing backlash from fans on social media after she has remained silent on her home country Russia and its president Vladimir Putin’s violent attacks against Ukraine.

Unlike celebrities and high profile people from Ukraine who have spoken out about the war, the former Wimbledon winner has chosen to distance herself from her native country

Sharapova – who was born in Russia and now lives in the US – has yet to make any direct comments to the ongoing war.

On Instagram, she has been posting up a storm about her latest adventures including attending Paris Fashion Week, visiting an art exhibition in London and scouring for wedding venues in California.

But seemingly noticing the criticism, she has also now turned off her Instagram comments.

However the 34-year-old did hint at the unrest in Europe when she posted on her IG Stories: “Arriving to Europe feels very different. This time. With a heavy heart and deep longing for peace. And most importantly for the safety and the future of our children”.

Despite this, fans have criticised her for not using her platform to highlight the atrocities committed by Russia.

“Maria have the courage to stand up against this useless war! Be the leader you can be and prevent the end of Russia!”

“Still proud to be Russian? Silent kill. Maybe if every Russian sportsman say that they don’t want this war,people in Russia will see what happens”

“Is this what you want to be known as? Are you all as sick minded as your leader? Stand up and speak out. Don’t let the futures of your children suffer”

Despite not being as active on social media as Maria, Anna’s Instagram account has been bombarded with comments from followers who want her to say something.

“Stand for Ukraine! Use your voice! Help to stop Putin!”

“Silence is the worst option you can choose”

“You have the most adorable children! Could you please help save millions of innocent children in Ukraine using your fame and influence? Please kindly help!”

“It’s embarrassing to be Russian. Especially those Russians who support the murderer, coward and war criminal Putin. Shame on you”