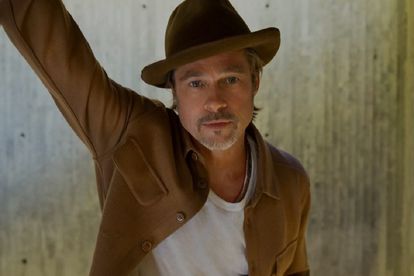 Tweeps are not fans of Brad Pitt’s latest GQ cover, saying he looks like a corpse. Image via @bradpittofficial/Instagram

Tweeps are not fans of Brad Pitt’s latest GQ cover, saying he looks like a corpse. Image via @bradpittofficial/Instagram

Hollywood actor Brad Pitt was “done dirty” during his GQ magazine photoshoot, according to Twitter users.

The Mr and Mrs Smith star is of course, no longer with his Mrs — actress Angelina Jolie — and the shoot reportedly depicts their messy divorce and Pitt’s alcohol addiction, but all fans are seeing is a corpse…

ALSO READ: ‘Forgive each other’: Shiloh’s plea amid messy Angelina and Brad divorce

On Wednesday 23 June, GQ released a photoshoot spread of the 58-year-old film star who feature as the cover star of the magazine’s August edition.

Pitt appears to be floating in a dark pool of flowers on the cover. He is wearing a bright blue shirt and a gold locket around his neck, with one hand on his chest and a lizard crawling across his body and his face frozen in a blank stare.

According to the LA Times, the actor spoke to the publication to promote his forthcoming action film, Bullet Train, which is set for release in August.

Pitt also spoke about retirement, saying he considers himself on his last leg.

In addition, he shared his journey to sobriety, revealing that he started attending Alcoholics Anonymous meetings in 2016 when Jolie filed for divorce.

NETIZENS HATE THE SHOOT AND FIND IT ‘CREEPY’

While the shoot was aimed to communicate Pitt’s “heartbreak”, fans completely hate it. The jokes have been flying about the way he looks, with many saying he looks “casket ready”.

Some even took it a bit too far when they said he looks more like late actor Ray Liotta who passed away last month.

PHOTOGRAPHER BEHIND SHOOT LOVES IT

Although trolls have not stopped taking a dig at Pitt’s pictures, the photographer behind the photoshoot is proud of her work.

On Instagram, Elizaveta Porodina said it was “a really surreal feeling to see a face that you have known so well throughout your whole life, reflected in the images of your own making.

“It’s an even more surreal feeling to have Brad Pitt collaborating on your vision, going full in on any challenge with charm and humour, understanding the images to the core so quickly — and adding something of his own, something special — that would further enrich the story.”