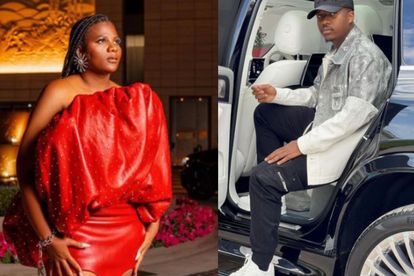 Royal AM owner Shauwn “MaMkhize” Mkhize joked about her son Andile Mpisane’s hefty allowance on the latest episode of Living the Dream with Somizi which aired on Showmax on Wednesday 22 June.

MaMkhize made a special appearance on her close friend Somizi Mhlongo’s reality show, Living the Dream with Somizi.

In the episode, Somizi and MaMkhize get ready to head out for a night in the township of Umlazi, in KwaZulu-Natal.

Somizi revealed that the Royal AM owner was helping him with his divorce settlement and tax debt. He asks whether her lawyers were “expensive”. The media personality then jokingly hints at a loan, to which MaMkhize responded that her son and Royal AM chairperson Andile Mpisane’s “allowance” is “a small million”.

Somizi: “Are they not expensive?”

Somizi: “My friend will pay it for me. Just pay a million.”

Somizi: “If Andile could ask you for R5 million, then tell him to give me some because your people are expensive.”

Twitter users thought it was funny that Somizi was asking MaMkhize for money. Take a look…

“Somizi should ask andile on how to ask for a million to Mamkhize,” tweeted @Sfundo_19.