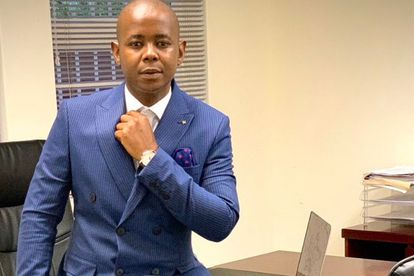 Actor, Cornet Mamabolo who plays the role of Thabo ‘Tbose’ Maputla on SABC 1’s educational soapie Skeem Saam recently left fans concerned after he shared a picture of himself with a cast on his arm on his Instagram account.

Though he did not get into too many details about his injury on his Instagram account his fans and co-stars took his post to wish him a speedy recovery.

The actor told Daily Sun that he is doing well and that his injury isn’t major.

“I fell down while cycling and then started to experience pain hours later.”

Mamabolo says he has a fracture, had to put on a cast and that doctors recommend he put it on for a few weeks.

He also assures fans that he’ll be completely healed by October and that he’s taken a break from filming Skeem Saam due to the injury.

Mamabolo is the third actor this year to get injured and take time off from filming a TV show.

Actress Zandile Msutwana also got injured and got temporarily replaced by actress, Thembisa Nxumalo-Mdoda as Vuyiswa Maake on The Queen.

Another actress who got injured this year is legendary actress Dawn Thandeka King who plays the role of Mashenge on Mzansi Magic’s hit telenovela DiepCity.

The actor revealed that viewers will see his marriage to Mapitsi (Mogau Mothlatswi) being tested in the next few weeks due to his job opportunity from overseas.

Mamabolo is also a family man like his character on the show but different from Tbose on an emotional level.

“There are certain references I take from my personal life.”

“I also execute my role well because of the cast and crew as they help me get deeper emotionally.”