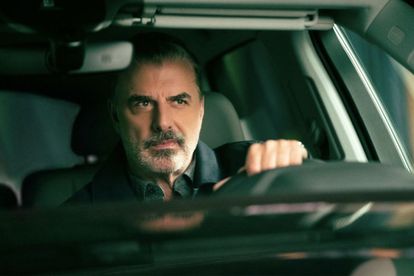 Chris Noth has been fired from ‘The Equalizer.’ Image via Twitter @nypost

Chris Noth has been fired from ‘The Equalizer.’ Image via Twitter @nypost

Chris Noth has been fired from The Equalizer.

The 67-year-old actor has been let go from his role as former CIA agent William Bishop in the CBS drama series after being accused of sexual assault by multiple women.

CHRIS NOTH WILL NO LONGER WORK ON ‘THE EQUALIZER’

Universal Television and CBS said in a joint statement:

“Chris Noth will no longer film additional episodes of The Equalizer, effective immediately.”

It is understood Noth had already filmed an upcoming episode before being dismissed.

The news comes after the former Sex and the City star was dropped by his talent agency, A3 Artists Agency, last week, less than three months after he joined them as a client.

Earlier this month, two women came forward to The Hollywood Reporter to allege they had been sexually assaulted by the star.

A woman, identified only as Zoe, alleged he had “raped her from behind” in 2004 when she was just 22, and another known as Lily claimed she was 25 and had had a dinner date with the actor in New York before he allegedly assaulted her in 2015.

The Daily Beast then published an account from a female tech executive who alleged Noth had sexually assaulted her in 2010 at a New York City restaurant where she worked as a hostess and lounge singer.

The woman, who was just 18 at the time of the alleged incident, claimed the actor groper her and repeatedly pulled her onto his lap which “confused her at the time because, on some level, it was exciting,” because of his fame as ‘SATC’s Mr. Big.

She alleged that after she finished her shift at around 1 am, the Equalizer star followed her and initiated a sexual act but she pushed him away.

“He wasn’t hearing ‘no’. but he heard me when I said ‘not here’ and convinced him that I would meet him somewhere else,” she said.

The woman claimed she was then able to leave and Noth told her he’d send a car for her when he got home and later texted her for her address, but she didn’t reply. The actor has denied all the allegations against him but has vowed to “co-operate fully” with any police involvement.

“No one from any law enforcement agency has contacted Chris or any of his representatives. Obviously if anyone does reach out, we will cooperate fully.”