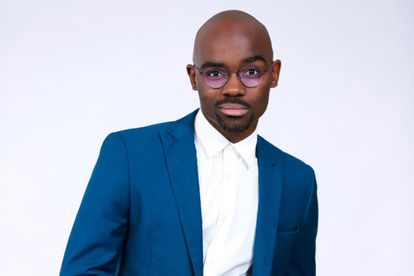 News of the death of former SA president FW de Klerk has rocked the country, and South Africans have had varied responses – from outright anger to sympathy and even acknowledgement of past sins.

Celebrities have also had their say too, and have trended for issuing statements on social media that South African tweeps have either supported or strongly opposed.

Pearl Thusi has the timeline talking with her tweets on FW de Klerk and his involvement with the apartheid government.

The actress and presenter shared an old clip of former president Nelson Mandela denouncing the “heroism” of his predecessor.

“To everyone who thinks De Klerk “freed” Mandela … please watch this,” she captioned the clip.

She added that the former National Party leader did not deserve a state funeral and called for her followers to “disrupt” it, if the need arose.

She tweeted: “Nelson Mandela was freed by South Africans who forced his hand. He was an Afrikaaner nationalist who believed ending apartheid was a pragmatic means to an end for the people of SA.

“And in later years, he believed apartheid was not a crime against humanity”.

Whilst radio personality Redi Thlabi did not mince words, she did claim that “celebrity tweets” about the former leader’s death is where she “draws the line”.

She posted: “I don’t agree that we should shut up if we have nothing good to say. We CAN speak our anger, hurt [and] criticism. We MUST critique a historical figure like De Klerk [and] pay fidelity to facts. He DID release Mandela. But he ALSO upheld racist dogma, fomented violence [and] didn’t account.

“My point is about celebration of death, as if the celebrant and his/her loved ones are immune to it. I personally draw the line there.”

He tweeted: “Damn, what a peaceful death, can’t say the same about the thousands of black men, women and children he killed… RIP”.

Medical doctor and TV presenter Musa Mthombeni shared on his Instagram Stories: “Too many families lost loved ones due to this man and his regime’s policies”.

ALSO READ: What he said: Mandela, SA and children in the words of FW de Klerk

Thuli Madonsela, however, had far kinder words to say about FW de Klerk in a post that attracted widespread backlash on Twitter.

She tweeted: “My heart goes out to Elita de Klerk, family, colleagues and friends of FW de Klerk.”

“It took courage and the choice of hope over fear to cross the rubicon entailed in the release of Nelson Mandela, unbanning political parties and enter into constitutional negotiations #RIPFWdeKlerk”.