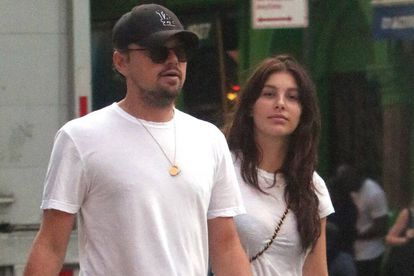 The 47-year-old actor has been romantically linked to Morrone since 2017, and sources have said the couple are “happy and relaxed” together and are in a “great” spot.

‘EVERYTHING IS GREAT WITH LEO AND CAMI’

“They are really solid, and everything is great with Leo and Cami. It’s all status quo. Leo has even been showing more affection to Cami when they’re out. They look very happy and relaxed together.”

DiCaprio and Morrone have kept their romance out of the spotlight as much as possible since they started dating four years ago.

But last year, sources said the Once Upon a Time in Hollywood had been spending a lot of time with the model and was enjoying being with her “24/7.”

The source said at the time:

“He is usually very independent, spends lots of time with friends, but because of the lockdown, he has mostly spent time with Camila. He loves being with her. They are very close. Leo has spent 24/7 with Camila for months at his house.”

The couple also spent time together at Morrone’s birthday last year, as well as sitting next to one another on the front row at the Academy Awards in 2020.

However, the Revenant actor didn’t walk the red carpet at the event with the brunette beauty. Morrone, 24, previously insisted she isn’t bothered about the 23-year age gap between herself and Leonardo.

“There’s so many relationships in Hollywood – and in the history of the world – where people have large age gaps. I just think anyone should be able to date who they want to date,” she said.